Model Overview
The Blazer is available in six distinct trim levels, L, LT, RS and Premier, with several different equipment packages available on the LT trim. Power for the base model is provided by a 2.5L 4-cylinder engine making 193 hp while LT models receive a turbo-charged 2.0L 4-cylinder producing 230hp. An optional 3.6L V6 provides 305 hp and comes standard on the Premium and RS models, though it's also optional on the base model. With every engine choice, power is sent to the wheels via a 9-speed automatic transmission. Front wheel drive is standard, but all-wheel drive is available and comes standard on any Blazer also equipped with the turbo 4 cylinder and the bigger V6.
The Blazer is available with a ton of options, but even the most basic Blazer comes pretty-well equipped. Standard features include a 6-speaker stereo with an 8-inch color touchscreen, Bluetooth audio streaming, voice commands, apple CarPlay, Android Auto and SiriusXM satellite radio, 2 USB charging points, automatic door locks, a 4.2-inch screen for the driver, an electronic locking glovebox, keyless entry, a rearview camera, a leather wrapped steering wheel, LED daytime running lights, LED taillights and HID headlights.

The Blazer RS gives buyers a wealth of other features, headlined by an improved infotainment system that adds navigation, an audio input jack and an SD card reader. The RS also includes a bigger 8-inch screen in the driver's instrument panel, nicer interior ambient lighting, an auto-dimming rearview mirror, a 120-volt power outlet, heated front seats, a heated steering wheel, a built in garage door opener, a powered rear liftgate, 20-inch wheels, as well as a suite of driver assistance and safety programs, such as a blind spot monitoring system and a rear cross traffic alert system. 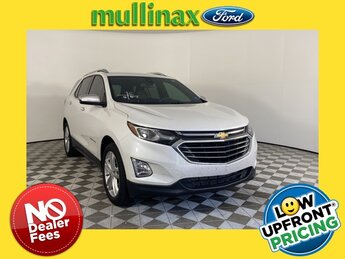