Clean CarFax, Local Trade, 2009 Hyundai Sonata Limited, Loaded with Leather Seats, Leather Steering Wheel w/ Audio Controls, Infinity Sound System, Dual Zone Climate Control, Heated Front Seats, Moonroof, Universal Garage Opener, 12V Outlet, USB, Aux In and More! Mullinax Bronze vehicles give you the assurance of a 5 DAY/300-Mile RETURN POLICY, if you don't like it, BRING IT BACK! At Mullinax, there are NO DEALER FEES! That saves you over $1,000 vs. Our largest competitors every day! Just add tax! Mullinax has 4,000 vehicles to choose from!

Model Overview
The Hyundai Sonata name has been a part of the American car market since its debut in 1989. Now in its fourth generation, and wearing new skin for 2009, the car offers a level of refinement usually reserved for more expensive cars.

The Sonata is offered in three separate trim levels--GLS, SE, and Limited. Each trim is available with either a 2.4L inline four-cylinder or 3.3L V6. The I4 delivers 175 horsepower (up from 162 horsepower in 2008), while the V6 puts out 249 horsepower (up from 234 horsepower). The base engine can be mated to either a five-speed manual or a four-speed automatic, while the V6 comes only with a five-speed automatic. All Sonatas are front-wheel drive, and partial-zero emissions versions of the 2.4L GLS and Limited can be ordered.

A Popular Equipment Package for the GLS adds automatic headlights, woodgrain interior accents, the power driver's seat, and steering wheel audio controls. A Premium Package is available on the SE, and it features an upgraded stereo, sunroof, and auto-dimming rearview mirror with HomeLink and compass. Optional on the Limited is a navigation system.

Despite the increased power in both engines, each offers similar fuel efficiency due to the introduction of variable induction and variable valve timing on both the intake and exhaust camshafts. The four-cylinder returns 22 mpg city/32 mpg highway, while the V6 returns 19 mpg city/29 mpg highway.

Model Strengths
Stylish Sedan With Ample Features
Affordability
Good Blend Of Power And Efficiency From Either The 2.4L Or 3.3L Engines.
Model Changes
Hyundai's Sonata receives a mild facelift for 2009, with more changes in both the cabin and the engine bay. The front end has been revised and now features a classier look with a more upscale grille and larger headlight treatment.
Inside, both 3.5 mm and USB auxiliary jacks are new, the door trim has been revised, and the console wears a new design. The front seat heaters now have a high-low setting, and a power sunroof and dual climate control have been added as standard features to the Limited. A touch-screen navigation system is a new option. 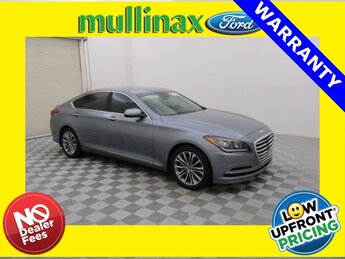