Clean CarFax, Local Trade, 2008 Lincoln MKX Base, 3.5L V6 Engine, Loaded with Leather Seats, Leather Steering Wheel w/ Audio Controls, Sync, Dual Zone Climate Control, Heated/Cooled Front Seats, Reverse Sensing System, Keyless Entry, 12V Outlet, USB, Aux In and More! Mullinax Bronze vehicles give you the assurance of a 5 DAY/300-Mile RETURN POLICY, if you don't like it, BRING IT BACK! At Mullinax, there are NO DEALER FEES! That saves you over $1,000 vs. Our largest competitors every day! Just add tax! Mullinax has 4,000 vehicles to choose from!

The interior is especially quiet and comfortable. The Lincoln MKX has thicker sound insulation than most other vehicles in its class, and both rows of seating are sized for full-size adults. For expanded cargo space, the back seats -- which can be reclined 15 degrees for comfort -- fold forward easily via an Easy Fold remote switch (which comes as part of an option package). There are also several useful smaller storage areas, including a center console sized for laptops. The rear liftgate has a unique lighting system featuring LEDs inside and out, surrounding the Lincoln emblem. And overhead, an available panoramic vista roof allows a significant portion of the roof to be open to the sky.

The Lincoln MKX includes front side-impact air bags and full-length side-curtain air bags as standard. The safety canopy system for the curtain bags assures protection during rollover situations, while the AdvanceTrac with roll stability control helps avoid those situations in the first place. Anti-lock brakes are standard as well.

Heated seats are available for the back. Other standout options include adaptive projector-beam headlamps that help illuminate into a corner, DVD-based navigation, a rear-seat DVD system with an 8-inch screen, and a 14-speaker, 600-watt THX II audio system.

There's only one engine available on the Lincoln MKX, a 265-horsepower, 3.5L V6, paired with a six-speed automatic. Front-wheel drive is standard, and an all-wheel-drive system is optional. The AWD system has been tuned for all-weather on-road driving, and can reroute torque as needed even before wheel slippage occurs. Fuel economy on the two-wheel-drive Lincoln MKX, at 16 city, 24 highway, is good. 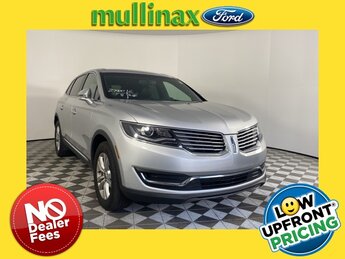 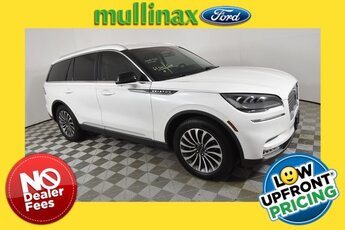