Model Overview
The Toyota Corolla iM is a 5-door hatchback that Toyota absorbed with the discontinuation of its other brand, Scion. First and foremost, the iM is a practical car, but it was also designed to be fun, with a responsive engine and great handling. The suspension design is borrowed from outgoing Scion TC, meaning it's a double wishbone independent setup in the back, aiding handling without impinging on interior space.

The engine displaces 1.8 liters and makes 137 horsepower. That power is sent to the front wheels via either a 6-speed manual or a continuously variable transmission (CVT) that functions like an automatic. The 6-speed is more fun, but the CVT is the mpg champion, boasting a rating of 32 mpg in combined city and highway driving (the 6-speed is still rated at 31 mpg in combined driving.)

Options on the Corolla iM include a navigation system and a range of customization accessories, such as a performance air intake system, sway bars, lowering springs, enhanced interior lighting and body graphics.

Safety features on the Corolla iM include traction control, stability control and anti-lock brakes, along with a hill start feature and a rear backup camera. Eight airbags come standard, including one for the driver's knees as well as one nestled away in the front passenger seat cushion. 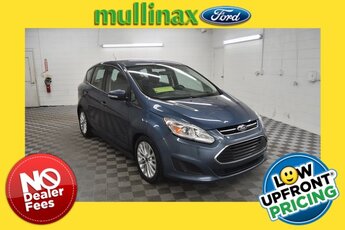