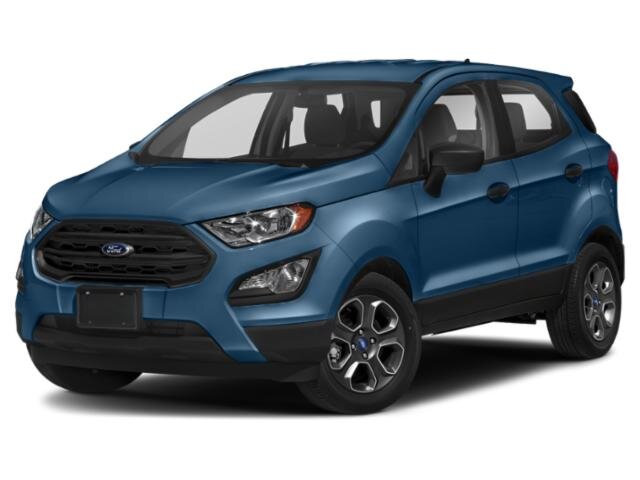 **FREE DELIVERY IN FLORIDA**, **NO DEALER FEES**, **4.6 STAR CUSTOMER RATED DEALERSHIP**. Priced below KBB Fair Purchase Price! $1,200 off MSRP! 27/29 City/Highway MPG Lightning Blue Metallic 2021 Ford EcoSport S EcoBoost 1.0L I3 GTDi DOHC Turbocharged VCT At Mullinax Ford we offer customers Upfront pricing and NEVER charge a Dealer Fee. You'll always get the best price instantly, because it's right there on the windshield of your chosen vehicle. There's no hassle, and our Upfront® pricing is completely transparent. At some dealers, you'll hear about add-on fees like Dealer Fees, service fees, prep fees, administrative fees and handling fees. There's none of that at Mullinax Ford of Central Florida. Instead, we save our clients as much as $900 that they'd be forced to spend elsewhere. We also offer you comprehensive six-store advantage. What does that mean? Between all of our dealerships, you have thousands of vehicles to choose from, and we have the largest inventory of new Ford models in Central Florida. If you want a new Ford, there's only one place to shop in Central Florida -- Mullinax Ford. We want to make sure you’re completely satisfied with your experience at Mullinax Ford. Price includes: $500 - Retail Trade-In Assistance Bonus Cash. Exp. 07/06/2021

Model Overview
The EcoSport comes in one of four different trim levels with a choice of two engines and either front or all-wheel drive. The base engine is an extremely efficient 1.0L 3-cylinder engine aided by a turbocharger for a total output of 123 horsepower sent to the front wheels via a 6-speed automatic. A bigger 2.0L 4-cylinder engine is standard on the all-wheel-drive model, making 166 horsepower.
Standard features on the base EcoSport S include power windows and door locks, cruise control with steering wheel controls, automatic headlights, a 6-speaker sound system with Ford's SYNC infotainment and audio steering wheel controls, mobile hotspot integration, power mirrors, auto start-stop technology, a hill start assist system, 16-inch alloy wheels and keyless entry with a panic alarm.

The SE version adds a few thousand dollars to the base price but includes quite a few more comfort and convenience features. The SE gets a better infotainment system with an 8-inch monitor and SYNC 3, Apple CarPlay, satellite radio, power moonroof, rear parking sensors, automatic temperature control, heated front seats and a proximity key with push button start.

The top of the line SES is actually more similarly equipped to the SE, however it gets the bigger engine and all-wheel drive as standard while adding a bit of sportiness to the EcoSport. It gets a sportier suspension calibration along with black 17-inch wheels and like the Titanium, the SES also gets the nicer navigation system along with its rear-cross traffic alert and Ford Co-Pilot360 for blind spots, FordPass Connect 4G, 7-speakers, a leather-wrapped steering wheel and a 6-way power driver seat. 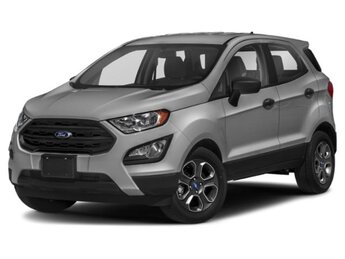 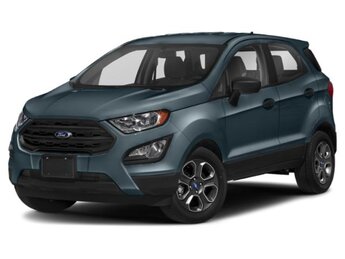 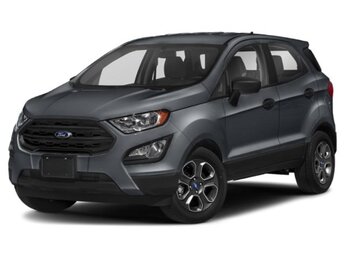 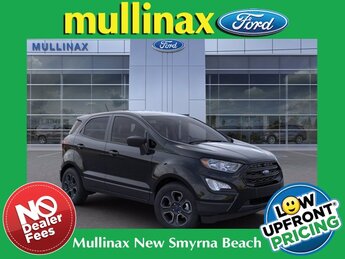